Satan is Bound a Thousand Years

Satan is Released for the “Final Rebellion”

Satan is Bound a Thousand Years
1 And I saw an Angel come down from Heaven, having the key of the bottomless pit and a great chain in his hand.

2 And he laid hold on the dragon, that old serpent, which is the Devil, and Satan, and bound him a thousand years,

3 And cast him into the bottomless pit, and shut him up, and set a seal upon him, that he should deceive the nations no more, till the thousand years should be fulfilled: and after that he must be loosed a little season.

The Millennial Kingdom and First Resurrection
4 And I saw Thrones, and they [The Bride of Christ] sat upon them, and judgment was given unto them: and I (also) saw the souls of them that were beheaded [killed] for the witness of Jesus, and for the Word of God, and which had not worshipped the beast, neither his image, neither had received his mark upon their foreheads, or in their hands; and they (also) lived [were resurrected] and reigned with Christ a thousand years.

Revelation 6:9-11 “And when he had opened the fifth seal, I saw under the altar the souls of them that were slain [beheaded and killed] for the word of God, and for the testimony which they held: And they cried with a loud voice, saying, How long, O Lord, holy and true, dost thou not judge and avenge our blood on them that dwell on the earth? And white robes were given unto every one of them; and it was said unto them, that they should rest yet for a little season, until their fellowservants also and their brethren, that should be killed as they were, should be fulfilled.”

The Great Multitude of believers that were killed during the 7 year Tribulation also receive their resurrected bodies.

Revelation 7:9,14-15 “After this I beheld, and, lo, a Great Multitude, which no man could number, of all nations, and kindreds, and people, and tongues, stood before the throne, and before the Lamb, clothed with white robes, and palms in their hands ... These are they which came out of great tribulation, and have washed their robes, and made them white in the blood of the Lamb ... they are before the throne of God ... and He that sits on the Throne shall dwell among them.”

5 But the rest of the dead lived not again until the thousand years were finished. This is the first resurrection.

“The rest of the dead” pertains to all the unsaved, all those who have lived and died since the dawn of time. The souls and spirits of these people are now in Hell awaiting “Judgment Day” as shown with the “Rich Man and Lazarus” in  Luke 16:19-21.

6 Blessed and holy is he that has part in the first resurrection: on such the second death has no power, but they shall be priests of God and of Christ, and shall reign with Him a thousand years.

Zechariah 14:9 “The Lord shall be King over all the earth: in that day shall there be one LORD, and His name [the only] one.”
Matthew 13:43 "Then shall the righteous shine forth as the sun in the kingdom of their Father."

Satan is Released for the “Final Rebellion”
7 And when the thousand years are expired [finished], Satan shall be loosed out of his prison,

8 And he shall go out to deceive the nations which are in the four quarters of the earth, [including] Gog, and Magog, to gather them together to battle: the number of whom is as the sand of the sea. (In this verse, these are not only particular countries, it means a great multitude, many people.)

9 And they went [swarmed] up on the breadth [over the broad plain] of the earth, and compassed [surrounded] the camp of the saints about, and the beloved City [Jerusalem]: and fire came down from God out of Heaven, and devoured [consumed] them.

At the end of the thousand year Reign of Christ, Satan will be loosed for a short season, and the purpose of this is that during the thousand years there may be billions of people who have been born and now live on the earth. With sickness banished and people living to be several hundred years of age, the earth will increase in population rapidly. Multitudes, born during this age, will have never known anything other than the glory of the Millennium.

So, when Satan is loosed, and at this time God does it so that the hearts of all living humanity who have not truly accepted the Lord will be judged, their true colors will come out and many will throw their lot in with Satan.  They will show by their actions whose side they are on, and God will no longer strive with men trying to get them to accept His gift of love and an eternal life of happiness. There will be NO war, God the Father will simply send fire down from out of Heaven, and destroy them.

This shows how much evil and wickedness can be in the heart of humans, when for a thousand years they will have lived in perfect harmony in society and in peace with all the animals. There will be no sickness, no war, no famine, no temptation, no one will harm or destroy throughout the earth, and yet they still do not want to serve the Lord. This proves that humans reject Jesus Christ because they want to reject Jesus Christ! Humans go to hell because they choose to go to hell! They can never say they were unaware of what God’s Word clearly stated would happen to them. Every human on Earth will know what God's Word says! The same Bible which clearly tells us what will happen at the end of the thousand years, also tells us in  Isaiah 11:9  and in  Habakkuk 2:14  that “The earth will be filled with the knowledge (and glory) of the Lord as the waters cover the sea.” It's hard to comprehend how stubborn humans are, this stubbornness is their refusal to admit that anything is wrong with themselves, and that they need the Savior.

10 And the devil that deceived them was cast into the lake of fire and brimstone, where the beast and the false prophet are, and shall be tormented day and night for ever and ever.

11 And I saw a great white throne, and Him [Jesus] that sat on it, from whose face the earth and the heaven [the skies] fled away; and there was found no place for them.

John 5:22 “For the Father judges no man, but hath committed all judgment unto the Son.”
Romans 2:16 “In the day when God shall judge the secrets of men by [through] Jesus Christ.”
Acts 10:42 ” He [God] commanded us to preach unto the people, and to testify that it is He [Jesus Christ] which was ordained of God to be the Judge of quick [the living] and dead.”

12 And I saw the dead, small and great, stand before God; and the books were opened: and another book was opened, which is the book of life: and the dead were judged out of those things which were written in the books, according to their works.

14 And death and hell were cast into the lake of fire. This is the second death.

15 And whosoever was not found written in the book of life was cast into the lake of fire.​ 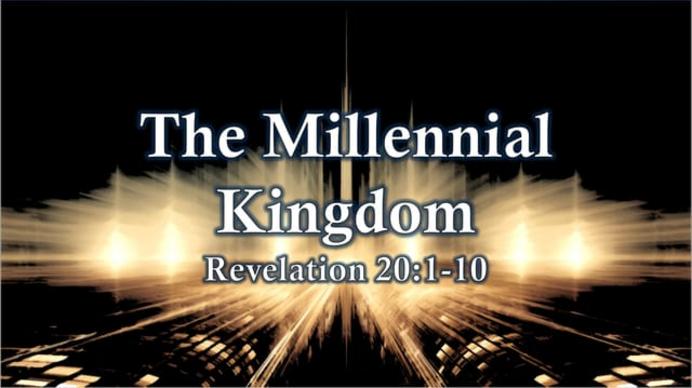