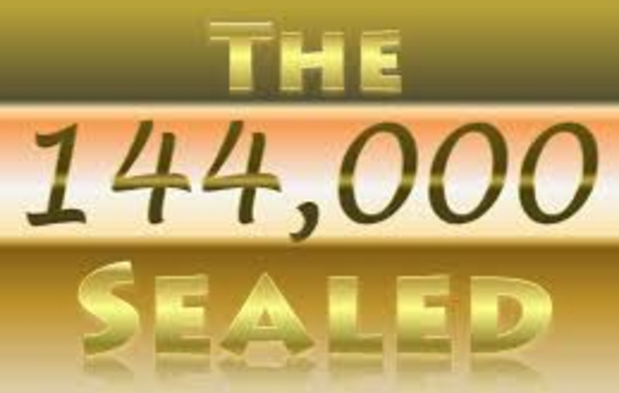 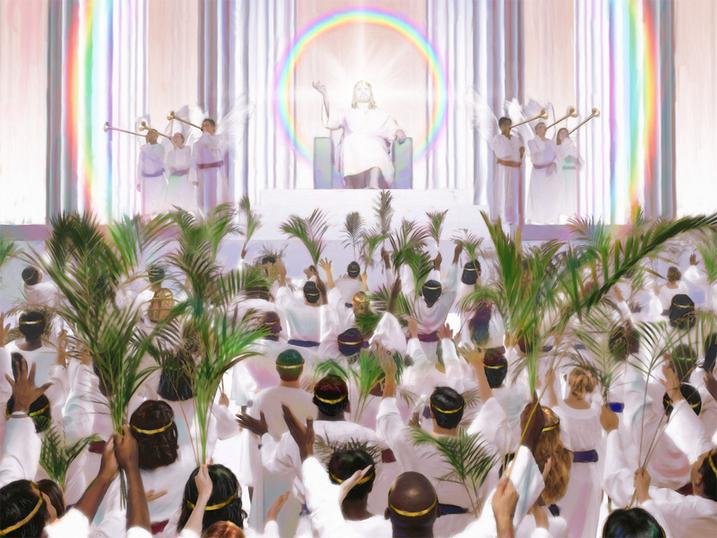 ​​The Book of Revelation

Tribulation Martyrs Stand before the Throne

With the opening of the previous Six Seals, we have just read through the first outline explaining the Tribulation judgments.  Chapter 7  is an entire chapter with extra details telling about God Sealing the Israelites  to protect them from His wrath, and about the  Resurrection of the Tribulation Martyrs.

At this time, God also removes the remaining believers in Christ, who are still alive on earth,  before He pours out His Wrath,  but we are not given the details of this group until ...

Revelation 15:2-4  "I saw as it were a sea of glass mingled with fire: and them that had gotten the victory over the beast, and over his image, and over his mark, and over the number of his name, stand on the sea of glass, having the harps of God. And they sing the song of Moses."

Angels bring these living Tribulation Saints to the Throne Room in Heaven before the  “Day of God’s Wrath”. Both these groups, the living people who are still in their human bodies, along with all the 144,000 Israelites, will inhabit the Earth in their human bodies during the Millennium.

1 Thessalonians 5:9  “God has not appointed us to Wrath.”

Romans 5:9  “Being now justified by His blood, we shall be saved from Wrath.”

The 144,000 Jews will remain on earth so they are sealed for their protection because God’s Wrath will come upon the inhabitants of the entire Earth.

Jeremiah 30:7 "Alas! For that day is great, so that none is like it: it is even the time of Jacob's trouble, but he shall be saved out of it."

Revelation 11:3 "And I [Jesus] will give power unto My two witnesses, and they shall prophesy a thousand two hundred and threescore days [3½ years], clothed in sackcloth."

Brief Outline of Some things that will happen During the 6th Seal and the 6th Trumpet
Revelation 7:1-8: The Israelites are Sealed for their protection during God's Day of Wrath.
Revelation 7:9-17: The Resurrection of the Martyrs who came out of great Tribulation.
Revelation 11:11-12: The Two Witnesses are Killed, resurrected and ascend up to Heaven.

1 And after these things I saw four angels standing on the four corners of the earth, holding the four winds of the earth, that the wind should not blow on the earth, nor on the sea, nor on any tree.

2 And I saw another angel ascending from the east, having the Seal of the living God: and he cried with a loud voice to the four angels, to whom it was given to hurt the earth and the sea,

3 Saying, Hurt not the earth, neither the sea, nor the trees, till we have sealed the servants of our God in their foreheads.

The 144,000 Israelites are Sealed immediately before God’s Wrath and divine judgments are poured out. The Seal of God is a Spiritual Marking applied to the believer with the presence of the indwelling of the Holy Spirit.
​Ephesians 1:13  "After that you believed, you were sealed with that Holy Spirit of promise."
Ephesians 4:30 "Grieve not the Holy Spirit of God, whereby you are sealed unto the day of redemption."

4 And I heard the number of them which were sealed: and there were sealed an hundred and forty-four thousand of all the tribes of the children of Israel.

The Bible does not tell us why the tribe of Dan is excluded from the list of the twelve tribes, however the tribe of Dan went off into idolatry so this 'might' be why they are omitted from this list. The tribe of Joseph appears twice, once under his own name and once under the name of his son Manasseh. Joseph’s other son, Ephraim, is not mentioned.

These 144,000 Israelites who are alive on earth, need supernatural protection by sealing, just before the beginning of the Great and Notable Day of the Lord’s Wrath. The 144,000 Israelites are on earth, protected from the terrible judgments, and are waiting for their Messiah to come back to earth and set up His kingdom. (With the ministry of the two witnesses, they will realize that Jesus is their Messiah.)

Revelation 9:2-4  “And he [an angel] opened the bottomless pit; and there arose a smoke out of the pit, as the smoke of a great furnace… And there came out of the smoke locusts upon the earth: and unto them was given power, as the scorpions of the earth have power. And it was commanded them that they should not hurt the grass of the earth, neither any green thing, neither any tree; but only those men which 'have not' the seal of God in their foreheads."

These verses show that the 144,000 Israelites who have the Seal of God in their foreheads stay on earth throughout the Tribulation period and they remain on the earth during the "Day of Wrath".

The full understanding of Israel's place in the Divine plan will only be fully understood at the end of the age when Israel's national restoration takes place and the people accept Him whom they have pierced.

Saints who were killed or died during the Tribulation Stand before the Throne.

9 After this I [John] beheld, and, lo, a great multitude, which no man could number, of all nations, and kindred's [tribes], and people, and tongues, stood before the Throne, and before the Lamb, clothed with white robes, and palms in their hands;

Revelation 6:9,11 "When He [Jesus] had opened the Fifth Seal, I saw under the altar the souls of them that were slain [killed & beheaded] for the Word of God ... And white robes were given unto every one of them."

Remember . . . The Souls of the slain Martyrs are not actually underneath an Altar ...
A Gold Altar is set in front of the Throne of God. The Throne and the Altar are both high above the Sea of Glass that John said was like unto Crystal. The Martyrs are standing before God on the Sea of Glass which is at a lower elevation than the Altar and the Throne. So it can be said that they are "under the Altar" since they are standing at a lower level than the Altar.

10 And cried with a loud voice, saying, Salvation to our God which sits upon the Throne, and unto the Lamb.

11 And all the Angels stood round about the Throne, and about the Elders and the four beasts [Seraphims], and fell before the Throne on their faces, and worshipped God,

12 Saying, Amen: Blessing, and glory, and wisdom, and thanksgiving, and honor, and power, and might, be unto our God for ever and ever. Amen.

13 And one of the Elders answered, saying unto me, What are these which are arrayed in white robes? and whence  [from where]  came they?

14 And I [John] said unto him, Sir, you know. And he said to me, these are they which came out of great tribulation, and have washed their robes, and made them white in the blood of the Lamb.

15 Therefore are they before the Throne of God, and serve Him day and night in His Temple: and He [God] that sits on the Throne shall dwell among them.

16 They shall hunger no more, neither thirst any more; neither shall the sun light on them, nor any heat.

17 For the Lamb [Jesus] which is in the midst of the Throne shall feed them, and shall lead them unto living fountains of waters: and God shall wipe away all tears from their eyes.

These same Martyrs are also seen in ...
Revelation 20:4 “I saw the souls of them that were beheaded for the witness of Jesus, and for the Word of God, and which had not worshipped the beast, neither his image, neither had received his mark upon their foreheads, or in their hands; and they lived, and [they] reigned [ruled] with Christ a thousand years.”​