Top of Page
Proof The Bible is True

What Makes Jesus The Only Way? 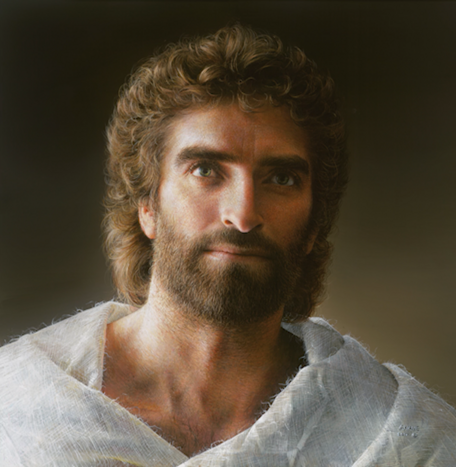 If you have come to the logical conclusion that the Universe was indeed created by God, a Higher Power, a Being that is Eternal, then the next logical step is to find out who this Creator is.

2. To Jews, God is the Creator of the Universe, creating the Heavens and the Earth, putting the first Man and Woman in a garden called Eden.  He is a personal, all-powerful Being who walked with Adam and Eve in Eden until they turned away from Him and sinned.  Even then as a loving God He promised to someday manifest Himself in Human form as the Messiah, to make a way for our sins to be forgiven, but the Jews do not believe their Messiah has arrived yet.

3. Hindus view God as brahman, a universal spirit that everyone is a part of. But while many Hindus don’t acknowledge a Supreme Being, they do worship 330 million lesser gods.

4. Buddhists don't so much believe in a god as they do in the continual reincar­nation leading to one's eventual re-absorption into the universe, becoming as one with the energy of the universe.

5. To New Agers, everyone and everything is a god - you and I, the trees and the water, we are all gods.

6. The Muslim god is allah, a severe, unloving judge.

There are many other beliefs about who or what God is. Some people think it's intolerant or arrogant for anyone to claim that only one belief system is true and all the others are false, but as you can see, each religion has such a different concept of God, it makes each one contradictory to that of other religions. Therefore, they can't all be true. Now, it is possible that they could all be wrong, but they most definitely cannot all be right.

Well, to start, let’s examine one of the more popular beliefs, Reincarnation.

This is believed by many religions such as Hinduism, Buddhism, Transcendental Meditation, various occult and New Age circles, along with many oth­ers.

The basic idea of reincarnation is based on "Karma”.  This is the belief that good deeds and bad deeds are tal­lied up and used as the basis for determining a person's fate in the next life.  Someone's good karma may earn them a better status or some good fortune in the next life, while their bad karma will bring suffering into that life that matches the wrong done in the past.

Reincarnation typically ends only when one has advanced enough to have neither good karma nor bad karma, but to be totally neutral. Then, one will be absorbed into a "universal consciousness” or "cosmic consciousness” where the individual self ceases to exist. That is, the end result is the com­plete annihilation of the finite self. The individual becomes "one with the universe."

However, if this were the case, then Who or What is able to keep track of each deed of each person who has ever lived in order to make the karmic circle work? What kind of a Being could be all-knowing in order to keep a running tally of every thought, action, and emotion of every single human being, or for that matter since we are talking about reincarnation, every living creature, human, animal and insect on the planet!  This Being would have to be everywhere, all the time and be powerful enough to enforce the punishment or give the reward to everyone who is being reincarnated for their next life.  And notice that I keep saying what kind of “Being” would this have to be?  Well, that’s because if the goal of reincarnation is to be neither good nor bad before becoming “one with the universe”, then I argue that the “universal consciousness” cannot judge the inhabitants of each life, because it would require a moral, just, intelligent consciousness to judge each of us, and how can it do that if indeed it is neither good nor bad?  It can’t.

So What Makes Christianity Different?

In order to validate whether or not the Christian religion is true or not,

let’s take a look at the text from which it is all based on, the Bible.

1. To Christians, God is the Creator of the Universe, however they also believe the Messiah manifested Himself in Human form as Jesus, in order to destroy the sin barrier between man and God by the sacrifice of Himself, and that He will come again someday to judge everyone and to renew the Earth and make it perfect as it once was and as He intended it to be before we sinned.

If you have come to the logical conclusion that the Universe was indeed created by God, a Higher Power, a Being that is Eternal, then the next logical step is to find out who this Creator is.

You can look around the world today and find a number of religions, but how do you know which one is right?  Can they all be right?  Do ALL Roads lead to Heaven?  To answer this we need to look at what has a proven track record of being right. We’ll look at Christianity, plus a few of the other more popular religions around.