“If I hadn’t put in that can of preaches, I could have carried these groceries a lot easier,” thought Mr. Jones.

He was wrinkled and stooped; his gnarled hands strained to hold the brown paper bag that he was struggling to carry in his arms.  In the market a few moments before, he had picked up the can of peaches, tested their weight in his hand, then replaced it on the shelf.  “Too heavy,” he decided.  Then after a moment’s reflection, he took the can down again and placed it with the other items in his shopping cart.  “I’ll try it,” he thought.

Now only a block from the market, he realized that he had been right in the first place, it was becoming increasingly difficult to carry home the few items that he had purchased.

Mr. Jones shifted the bag in his arms.  The pain that had been a dull aching in his chest was becoming severe.

Don would have been glad to have taken me this evening, but I don’t want to be a brother to him,” he thought.  “Don and Betty are so nice; always taking me to church.  Why should young folk brother with an old man like me?”  He smiled at the thought of their kindness.  “Thank you, Jesus, for such good neighbors.”

But his smile was interrupted by a moan.  “Oh-h,” he pleaded, “help me make it home, Jesus; I need to get home.”

He noticed as though through a haze the hedge beside the walk.  Should he drop his groceries and grab for support?  He felt so weak, cold sweat was chilling him.  “If Don finds out, this will worry him,” he regretted.  “Please, Jesus, let me get home.”  He felt his body sag and he knew he was falling.

Then he was on his feet again, walking, his strength was returning; he could walk without effort.  “Thank you, Jesus, I feel a lot better; I’ll make it home.  Don won’t have to worry now.  Thank you, thank you, Jesus!”

Mr. Jones walked along at an easy pace.  He felt so exhilarated, so very much alive!  An archway of flowering vines stood across his path. He walked through it, breathing in the fragrance as a cluster of flowers brushed his cheek.

“I don’t remember ever seeing this park here before,” thought the old man, “and I’ve walked this way to my apartment for over a year now.  Must have strayed a bit when I had that spell a while ago.”

He moved hesitantly down the path, gazing in bewilderment at the gorgeous display of flowering plants among the crisp, fresh green foliage.  He tilted his head back on his shoulders to try to see the tops of the trees that held out friendly, sheltering branches above him.  A soft breeze stirred his hair.  It was warm and comforting.  The sound of rushing water filtered through to his consciousness.  It was a swishing, splashing sound; yet, it was at the same time full of music and laughter.  Was it the sound of a great organ?  Or a choir of a thousand voices?  He peered through the trees, trying to locate it.

“Wish I could see it,” he said wistfully, “but I should be getting on home, wish these grocer...” he stopped in the middle of the word, staring in amazement at his empty hands.  It was not their emptiness that amazed him, but the hands themselves; they were not gnarled and thin; instead, they were young and strong!  Mr. Jones looked about, startled.  Through an open space between the trees, he caught a glimpse of something just beyond the park... something beautiful... a building, maybe, possibly a city... glistening, reflecting radiant golden light.

Then, though his eyes were closed, he knew that standing in front of him was Someone.  A tremor passed through him, He knew it was Jesus!  Oh, the wonder of it!  He stood in awed anticipation.  How he had longed to see his Lord.  But he hesitated to raise his head unless Jesus asked him to.

Then he heard a voice.  He had heard it before, but this time it was clearer, sweeter, and more precious than ever.  The voice was saying, “Son, you asked Me to let you get home, I have answered your prayer.  Look at Me.  You are home, Son! 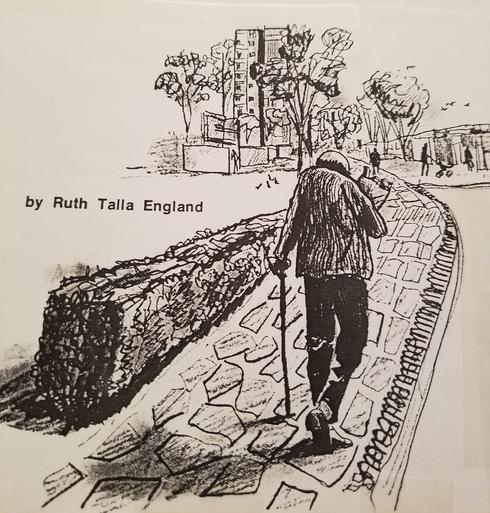 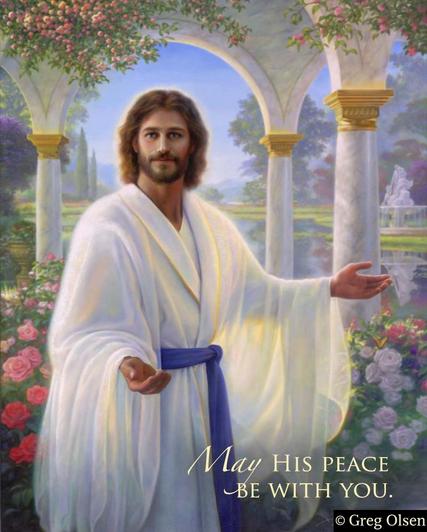