The Parable of the Fishless Fishermen
Pastor John Drescher 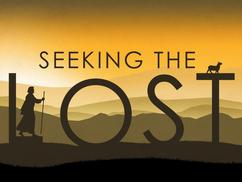 Year after year, graduates were sent to do full-time fishing, some to distant waters filled with fish.  Many who felt “the call” to be fishermen responded.  They were commissioned and sent to fish. But like the fishermen back home they engaged in all kinds of other occupations, building power plants to pump water for the fish, using tractors to plow new waterways, and while all their work was very good, they did not fish.

Further the fishermen built large printing houses to publish fishing guides. Presses were kept busy day and night to produce materials solely devoted to fishing methods, equipment, and programs to arrange and to encourage meetings to talk about fishing. A speakers' bureau was also provided to schedule special speakers on the subject of fishing.

Some also said they wanted to be part of the fishing party, but they felt called to furnish fishing equipment. Others felt their job was to relate to the fish in a good way so the fish would know the difference between good and bad fishermen. Others felt that letting the fish know they were nice, land-loving neighbors and how loving and kind they were was enough, so they did not fish.

After one stirring meeting on "The Necessity for Fishing," a young fellow left the meeting and went fishing.  The next day he reported he had caught an outstanding fish.  He was told that he had a special "gift of fishing."  He was honored for his excellent catch and scheduled to visit all the big meetings possible to tell how he did it.  He was also placed on the Fishermen's General Board as a person having considerable experience.  So in order to have time to tell about his experience to all the other fishermen, he quit fishing.

Daniel 12:1-3 "And at that time shall Michael stand up, the great prince which stands for the children of thy people: and there shall be a time of trouble, such as never was since there was a nation even to that same time: and at that time thy people shall be delivered, every one that shall be found written in the book.  And many of them that sleep in the dust of the earth shall awake, some to everlasting life, and some to shame and everlasting contempt.  And they that be wise shall shine as the brightness of the firmament; and they that turn many to righteousness as the stars for ever and ever."

Luke 14:16-24 "A certain man made a great supper, and bade many: And sent his servant at  supper time to say to them that were bidden, Come; for all things are now ready.  And they all with one consent began to make excuse. The first said unto him, I have bought a piece of ground, and I must needs go and see it: I pray thee have me excused.  And another said, I have bought five yoke of oxen, and I go to prove them: I pray thee have me excused.  And another said, I have married a wife, and therefore I cannot come.  So that servant came, and showed his lord these things. Then the master of the house being angry said to his servant, Go out quickly into the streets and lanes of the city, and bring in hither the poor, and the maimed, and the halt, and the blind.  And the servant said, Lord, it is done as you have commanded, and yet there is room.  And the lord said unto the servant, Go out into the highways and hedges, and compel them to come in, that my house may be filled. For I say unto you, That none of those men which were bidden shall taste of my supper. " 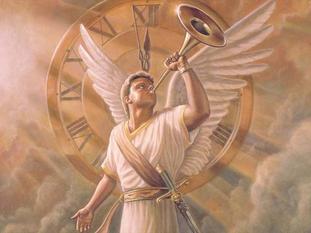 Revelation 19:9 "Blessed are they which are called unto the marriage supper of the Lamb." 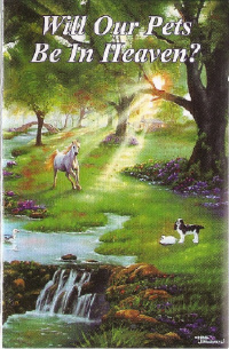 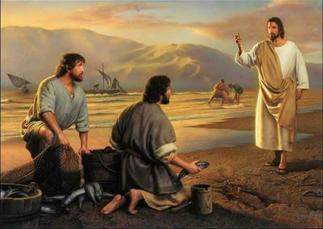 Whatever your reasons for not reaching out to lost souls have been, put those reasons behind you and start somewhere.  Don’t waste any opportunities to Sow Seed whenever and wherever you can.

James 5:20 "He who turns a sinner from the error of his way will save a soul from death and cover a multitude of sins."

Jude 1:23 "And others save with fear, pulling them out of the fire."

Mark 16:15 "Go ye into all the world, and preach the gospel to every creature."

Romans 10:14 "How shall they believe in Him of whom they have not heard?"

Romans 10:17 "Faith comes by hearing, and hearing by the Word of God."

Matthew 4:19 "Follow me, and I will make you Fishers of Men.

A Million Years From Now

The main thing that will matter is

Now it came to pass that a group existed who called themselves  fishermen. And lo, there were many fish in the waters all around. In fact, the whole area was surrounded by streams and lakes filled with fish. And the fish were hungry.

Week after week, month after month, and year after year these who called themselves fishermen met in meetings and talked about their  “call to fish”,  the abundance of fish, and how they might go about fishing. They carefully defined what fishing means, defended fishing as an occupation, and declared that fishing was always to be the primary task of fishermen.

They were continuously searching for new and better methods of fishing. They sponsored costly nationwide and worldwide congresses to discuss fishing and to promote fishing and hear about all the ways of fishing.

If we are true Christians, then we must spread the gospel. It is not an option but a commandment from Jesus. You do not have to be an evangelist or pastor to share the good news. Jesus said we should go, and we were not to just wait for them to come in, but we were to go into the high ways and by ways and compel them to come in. A lot of professing Christians will not Go! 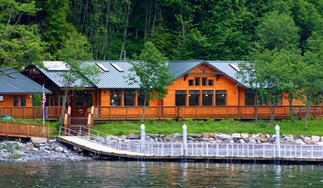 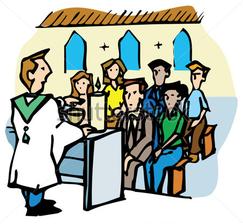 These fishermen built large, beautiful buildings called "Fishing Fellowships”. The plea was that everyone should be a fisherman and every fisherman should fish. One thing they didn't have time to do, however; they did not fish.

They organized a board to send out fishermen to where there were many fish. The board was formed by those who had great vision and courage to speak about fishing, and to promote the idea of fishing in far-away streams and lakes where many other fish of different colors lived.

Also the board hired staffs and appointed committees and held many meetings to define fishing, to defend fishing, and to decide what new streams should be thought about. But the staff and committee members did not fish.

Expensive training centers were built to teach fishermen how to fish.  Those who taught had doctorates in fishology, but the teachers only taught fishing, they did not fish. 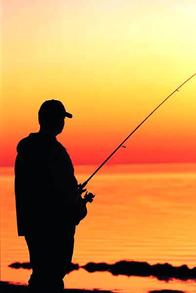 Matthew 4:18-20 "And Jesus, walking by the sea of Galilee, saw two brethren, Simon called Peter, and Andrew his brother, casting a net into the sea: for they were fishers.  And he said unto them, Follow me, and I will make you fishers of men.  And they straightway left their nets, and followed him."

That means 95% of believers go to church regularly, get the word, get ministry, get prayed for, get inner healing, get outer healing, get counseled, get loved, get shepherded, get encouraged and yet all of that is consumed on themselves, taken in for themselves and never translates into someone else being saved.

What would happen if we mobilized the body of Christ to Biblical obedience, and every person who is a follower of Jesus obeyed His call to become a fisherman?  What would happen if 100% of Gods people started fishing for lost souls?  There would not be buildings big enough to house the church growth.

If Christ were to return to Earth today, would He find us fishing, in obedience to Him, or would he find us continually organizing, talking about winning souls, and making plans to be the best Church anywhere?  Jesus said, “For the Son of man is come to seek and to save that which was lost.” (Luke 19:10) The big question is, are you doing the same? Are you a soul winner? Are you fishing? 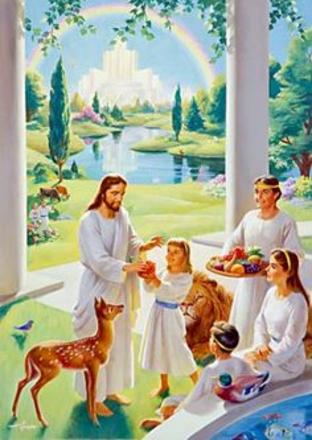 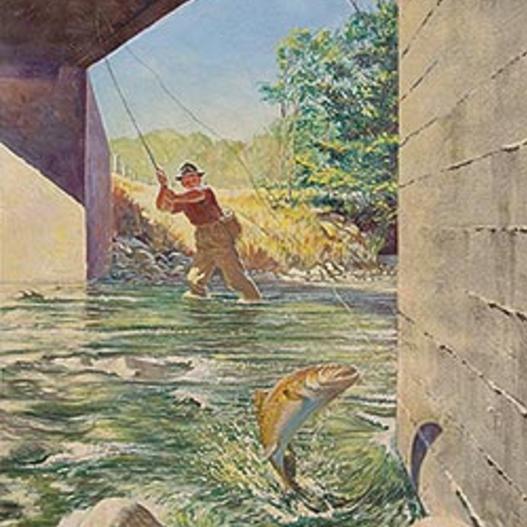 Now it's true that many of the fishermen sacrificed and put up with all kinds of difficulties. Some lived near the water and bore the smell of dead fish every day. They received the ridicule of some who made fun of their “fishermen's clubs” and the fact that they claimed to be fishermen yet never fished.

They wondered about those who felt it was of little use to attend the weekly meetings to talk about fishing. After all, were they not following the Master who said, "Follow me, and I will make you fishers of men?” (Matthew 4:19)

Imagine how hurt some were when one day a person suggested that those who didn't catch fish were really not fishermen, no matter how much they claimed to be. Yet it did sound correct. Is a person a fisherman if year after year he never catches a fish?  Is one following if he isn’t fishing? 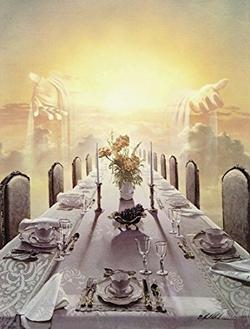 The thing of supreme importance will be,
"Where You Are" and "Who You Took With You!"

What are you doing of significance today

that will matter then? 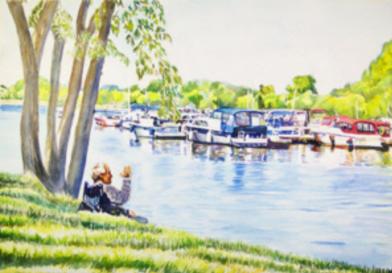 As believers, we all know we should tell others about the Lord, but we often don’t know how. We must be deliberate about making opportunities and not just waiting for opportunities.  Just living a Christian life and thinking the lost will see how you are living and that will be your witness to them, is not enough!  If you really want to work for the Lord, but just don’t know what you can do or how to do it, we would greatly recommend using Gospel Tracts. If you are not quite up to face to face witnessing, Tracts can be a very effective way to share your faith! Give them to friends, leave them with your tip at a restaurant, send them in a letter, leave one with the cashier at the store, on a bench or by a pay phone . . . you get the idea.

Some people underestimate the power of a Gospel Tract.  Gospel tracts are God’s Word put onto the printed page.  Thousands have been saved from reading a gospel tract. There are many great tracts, just find some that you like and give them out at every opportunity. Continuously we pass a multitude of strangers to whom we could give a Gospel Tract.  Tracts help you reach both Friends and strangers for Jesus! Everywhere we go there are lost souls, who if they died would spend eternity in the lake of fire.   So, remember to never leave home without tracts in your purse or shirt pocket.

We have found that "Pet Tracts" are the easiest tracts to hand out.  Almost everyone has a pet of some kind, so strangers are happy to receive such a tract.  It’s so easy to start a conversation with, “Do you have a pet?”  But, always make sure that any tracts you hand out have a clear message of Salvation in them.