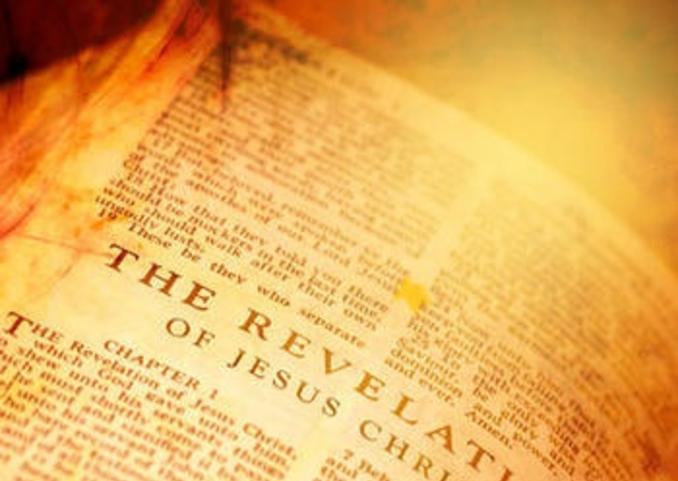 A New Heaven and New Earth
God shall wipe away all tears
Overcomers shall be God's Children
New Jerusalem, the Bride's Home
Throne of God and the Lamb

The Revelation of Jesus Christ

On Phones the Chapter Links

will appear at the bottom of this page.

​​​The Bible is comprised of 66 books, all equally important, but the book of Revelation inspires wonderment, as well as fear, like no other.  In it is contained the blueprint by which the God of Abraham will End the Church Age, begin the time of Jacob’s trouble, defend Israel, defeat the Devil, reward the Saints, and judge the wicked lost, before destroying everything by fire and then creating it all brand new in Eternity.

Revelation 21:3-5 "Behold, the tabernacle of God is with men, and He will dwell with them, and they shall be His people, and God himself shall be with them, and be their God.  And God shall wipe away all tears from their eyes; and there shall be no more death, neither sorrow, nor crying, neither shall there be any more pain: for the former things are passed away ... Behold, I make all things new."

Revelation 1:3 "Blessed is he [whosoever] that reads, and they that hear [understand] the words of this prophecy, and keep those things which are written therein: for the time is at hand [near]."  (If the time was at hand 2,000 years ago, think how close it is today!)

The great truths of the Book of Revelation are hidden to the casual reader, so many Christians believe it is a “sealed” book, not intended for us to understand, even though in the last chapter, John was clearly told that this Book was NOT to be sealed!

Revelation 22:10 "He said unto me, Seal  not  the sayings of the prophecy of this book."

God Intended for the Book of Revelation to be Understood

While it is true that the Book of Revelation can be challenging to understand at times, the fact that it is a revelation, and it carries a special blessing for those who study it, means that God intended for it to be understood.  The blessing is for those who not only read and hear, but also take to heart what is written, and one can only take to heart that which is understood.  God meant for all His Children to understand His written Word!  A revelation is given to reveal something, not to conceal it.

We must prayerfully study the Scriptures in these last days, and with the help of the promised guidance by the Holy Spirit, we can fully trust God to reveal its meaning.  It is absolutely critical for every Christian to know about the days leading up to Christ’s Return!  Jesus, Himself said these days would be filled with deceit.  We have got to be prepared so we can identify the false teachers, prophets, and churches.

Approximately 27% of the Scriptures are devoted to prophecy and to the end times, yet in churches across America, the end times is hardly mentioned.  Christ’s people are dangerously unprepared for His return.  We are told to "Search the Scriptures",   "Study to show ourselves approved to God",  "We ought to be teachers",  and "We are destroyed for lack of knowledge".   We need an intimate knowledge of God and His Word.

John 5:39 "Search the Scriptures;  for in them you think you have eternal life:  and it is they which testify of Me."

1 John 2:27-28 "But the Anointing [Holy Spirit] which you have received of Him abides in you, and you need not that any man teach you: but the same Anointing [Holy Spirit] teaches you of all things ... and even as it has taught you, you shall abide in Him. And ... when He [Jesus] shall appear, we may have confidence, and not be ashamed before Him at His coming."

2 Timothy 2:15 "Study to show yourself approved to God, a workman that needs not to be ashamed, rightly [accurately] dividing [understanding] the Word of truth."

Hebrews 5:12 "(By this time) You ought to be teachers, but you have need that someone teach you again the first principles of the oracles of God; and you ... have need of milk, and not strong meat. (Comparable to a child who needs milk and cannot eat solid food.)"

Psalm 119:130"The entrance [revelation] of Your Words gives light [wisdom]; it gives understanding [discernment] to the simple [straightforward honest person]."

Hosea 4:6  "My people are destroyed for lack of knowledge."

As Christians, we should be prophecy proficient.  A study of Revelation, and other Scripture verses throughout the Bible that pertain to these coming end time events, will give us an idea about how everything will eventually play out.  Much of this information and knowledge is found in the Book of Revelation.

A few of the Old Testament prophets who were given visions and information on end time events were Daniel, Ezekiel, Isaiah, Jeremiah, Joel, and Zechariah.  Plus additional information is scattered throughout the Bible.

We need to know important basic facts such as, that after the seven year Tribulation, many of the Saints in Heaven will be coming back down to rule with Christ during His Millennial Reign on earth.  After that 1000 years has passed, there will be the final Great White Throne Judgment.  Afterwards, John saw a New Heaven and New Earth and then the New Jerusalem, coming down from God out of Heaven.  Then God the Father and His Son, Jesus, will dwell with mankind throughout Eternity.  God said anyone that overcomes shall inherit all things; and we shall be His Children.  God shall wipe away all tears from our eyes; and there shall be no more crying, sorrow, pain, or death: for the former things are passed away.  These are vital facts that God wants us to know!

Many Christians read the Book of Revelation through from chapter 1 to chapter 22 and assume that the end times will be laid out accordingly.   In truth, the Bible is full of places where there is a “Double Witness” or even “Multiple Witnesses”  as is the case with Revelation.

Take notice that beginning at the twelfth Chapter, the Book of Revelation covers events again. There is parallel prophecy showing same time periods, but different details are given. Chronologically Chapter 12 returns to Chapter 4, just before the ending of the Church age and the Rapture of the First-Fruit Overcomers. Notice the difference in the details that are given after the Rapture takes place in these two chapters.

We see events that are taking place "in Heaven" after the Rapture.

We see events that are taking place "on Earth"after the Rapture.

God gave a double witness in the case of Pharaoh's two dreams.  Both dreams meant the same thing:  They showed that seven good years were to come upon Egypt, and then seven lean years of famine.  Joseph explained that because the thing was established of God, it was doubled unto Pharaoh twice: "And for that the dream was doubled unto Pharaoh twice;  it is because the thing is established by God, and God will shortly bring it to pass."  (Genesis 41:32)

The same thing is true in Daniel, the book in the Old Testament which corresponds to Revelation. The second chapter of Daniel relates Nebuchadnezzar's dream of the Great Image, which foretells the rise of our four successive world empires.  In the seventh chapter of Daniel, there is parallel prophecy showing the same thing, although different symbols are used, and many additional details are given.

So it is that the Book of Revelation is divided into two distinct parts.  The first eleven chapters carry the prophetic narrative through to the end.  Then the last eleven chapters go through the apocalyptic story again, this time filling in many additional details.  These two corresponding chronological outlines, harmonize and coordinate the whole plan of the ages, as has been revealed by the Old Testament prophets.  So we see that the Book of Revelation itself has a double witness.

This is the way the book of Revelation is written.  First we are told a few things,  then a second time later on we are told some other things,  which are in reality a more defined description of what we were already told, plus some new information as well.  And yet again we are given even more information about the same events.  Several of the major items of importance, receive entire chapters of information.

The things John sees with the opening of the Seals are given as an outline of the judgments to come,  and then additional details are given as John tells about the Trumpets being sounded,  and then the Vials of Wrath being poured out.

The Seven Seals are the  Long outline  which end at Armageddon.

The Seven Trumpets are the  Shorter Outline  which end at Armageddon.

The Seven Vials are the  Shortest outline  which also end at Armageddon.

The Trumpets happen sometime in the last 3 1/2 years of the Tribulation.

​This is a Work in Progress. Additional information added as time permits.

Notes of Clarification are written in this Font Color.​

The Woman and the Dragon

Satan Cast to the Earth

Living Tribulation Saints with Harps
The Seven Vials of Wrath
16:15 "Blessed is he that watches
and keeps his garments"

Given to the "Overcomers"

Rise of the Antichrist

The Finality of Babylon’s Doom

The Revelation of Jesus Christ
John the Apostle, was given a Prophetic Vision for the End Times​